>By day 3 of ACL Fest I’m always feeling pretty sluggish. Al was feeling the same way so I set her up in the gospel tent (always a rabblerousing good time) and headed over to catch local Austin band SPEAK. I had a chance to see them in May at the Mohawk and was super impressed. 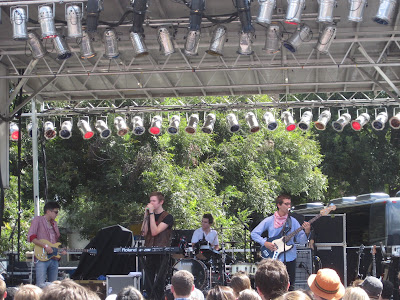 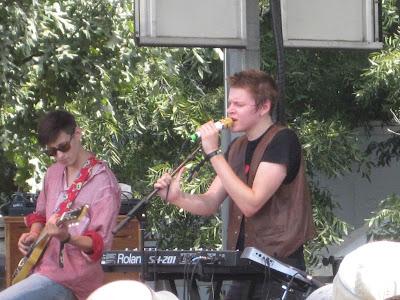 After that, I headed over to chill in the tent with Allison and caught the Relatives, a gospel band from (I think) Dallas. 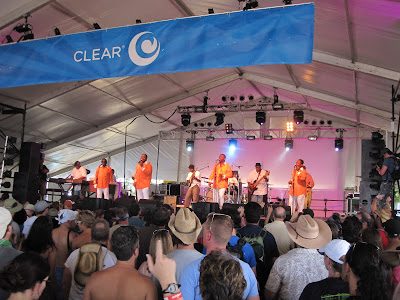 We left Al in the tent and went to see The Morning Benders, one of my favorite new bands. They’re pretty mellow so it was a nice break in the day to lay in the shade of the sound tent, take in the wafting melodies and cat-nap. 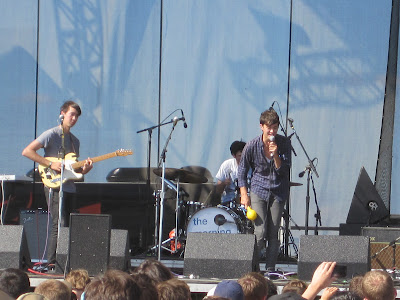 Next up was Yeasayer, who I already saw this spring at the Filmore. Their show was a bit grander at the festival, though I definitely prefer the dark smallness of a club combined with their experimental beats. 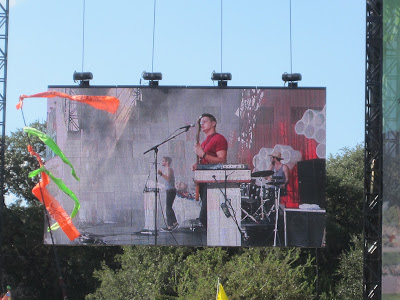 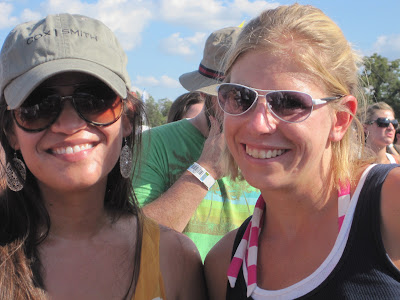 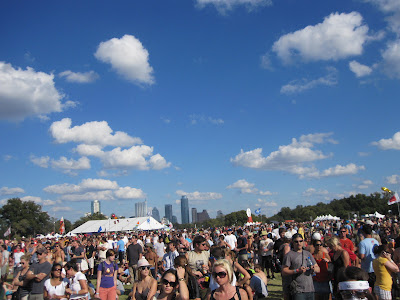 We were all really stoked to check out Edward Sparpe and the Magnetic Zeros, whose insane musical frolicking was the greatest riot and most memorable show of the weekend. The stage, however, was PACKED and we could hardly get through to see anything. 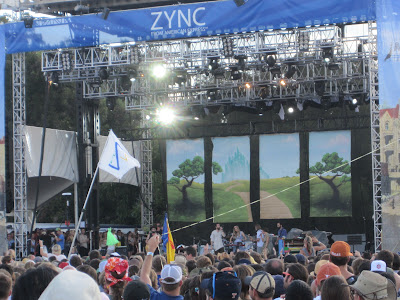 While I’m fairly certain that Edward Sharpe was tripping, next up was The Flaming Lips, who have a show for people who are tripping. Seeing, back-to-back, the stark difference between the Edward Sharpe show, which was intensely disorganized, from the Flaming Lips show, which is a highly orchestrated and practiced performance, was fascinating. 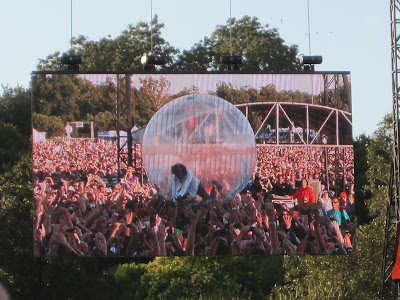 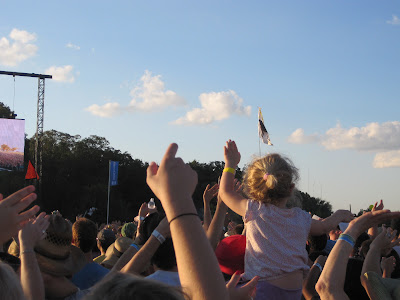 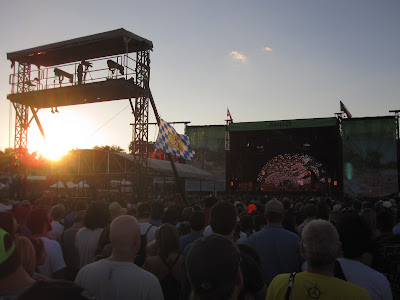 The last show of the night, and of the festival, was indie critics’ favorite The National. While I really enjoyed their last album, the Boxer, I don’t listen to it so often that they are on my list of must sees. Their moody glam rock is a far cry from the poppy dance tunes I normally choose. That being said, their show was the stand out for me of the weekend. It slowly built to an unbelievably inspiring crescendo that left us all in awe.

Overall, the 9th Austin City Limits festival went off smoother and with less heat, mud and sweat than any previous. I was in heaven. 85 degrees, sunny, calm. The overwhelmingly large crowds on Friday were a bit much, but if that’s my biggest complaint, then I don’t have much to complain about. Sadly, they’ve moved the 2011 festival back to September so I can look forward to the possibility of 110 degree days once again.

If you have more time on your hands then you know what to do with, you can check out all the pictures.

Monday I was able to spend time with my friend Maya who just had a brand new baby (Cetta), eat at her husband Brett’s workplace, Uchiko, where I had the most amazing meal of my life (big eye tuna sashimi with fuji apples and goat cheese in a vinegar dressing of some sort), and spent the evening drinking beer with all my best Austin friends at the Crown and Anchor. Tuesday I was lucky enough to head out to Lake Travis for an afternoon of climbing with Greg. It was essentially all my favorite things to do in Austin crammed into two days with friends. Wonderful. 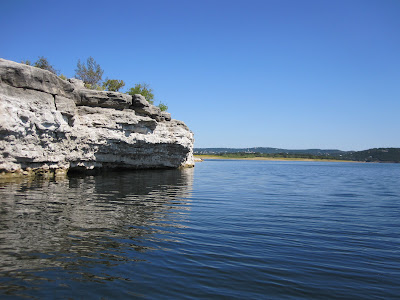