Adventure to the Redwoods!

I’ve had the CA coastal redwoods on my list of must-visits for quite some time. I was determined to make it there this summer and thankfully, two good friends of mine had a similar idea and a similar schedule so off to Northern CA we headed.

It always amazes me how much crap is required for camping. You’d think you’d be taking less stuff. Not so. Between all the necessary items, which included one camp grill, one camp stove, one corn hole set, six bottles of wine and two cases of beer, four real pillows from our home beds, two tents, and my ridiculously excessive yet exceedingly comfortable Thermarest Dreamtime (worth every penny), all for three people and four nights, our car was stuffed to the gills. 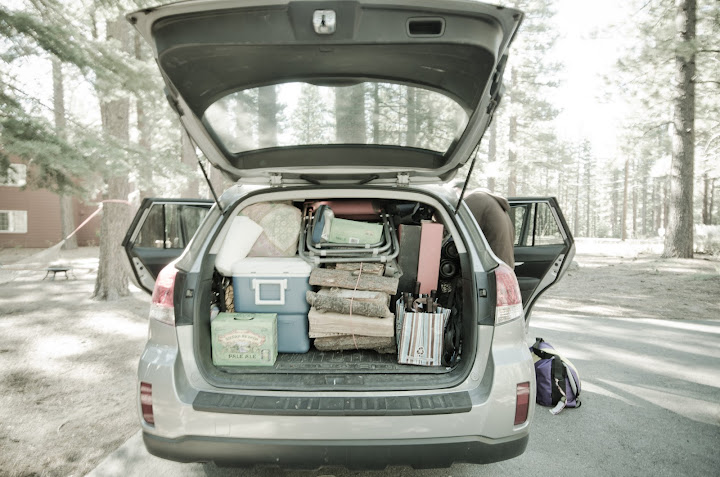 It was ALL necessary.

It’s an outrageously long drive from Tahoe to our destination: Jedediah Smith Redwoods State Park. As a bonus though, we got to drive through Whiskeytown. I had previously believed that Whiskeytown was an awesome figment of musical song lyric imagination (much like Margaritaville). I would like my town to be renamed Whiskeytown because it would be so much cooler to live in a town named Whiskeytown. Everyone would want to go to Whiskeytown. Anyways, I digress.

In addition to driving through Whiskeytown, we also drove through The Trees of Mystery which is a standard All-American Roadside Attraction featuring ridiculously tall statues that people driving by can take pictures with. What did we do? We took some sweet photos with giant statues and it was great fun. 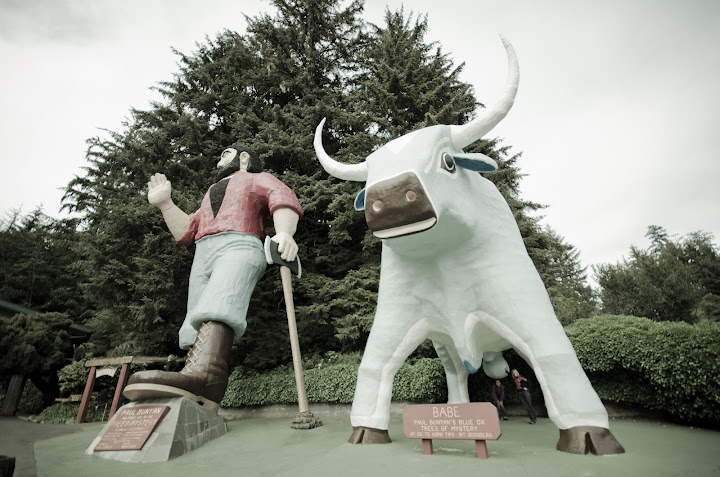 Paul Bunyon and Babe at the Trees of Mystery.

I chose the park for a number of reasons, but primarily because the reviews I read online touted how amazing it’s remoteness and camp settings were. I should have realized based on the lack of availability how special of a place we were going: we managed to reserve the last campsite there and there were only two nights available. Oddly enough, after I made the reservation, I discovered the Jedediah Smith Campground referenced on multiple “Best Of Camping” Lists, including this one from Sunset Magazine. I can attest to Sunset Magazine’s list because Jedediah Smith Campsite was the best campsite I’ve ever been to. Our site was shrouded in so much brush, trees and overgrown ferns that despite our proximity to our neighbors, it was as if we were in the woods completely alone. The showers were brand new and warm, no matter what time of day. There were huge bear boxes in the site and it’s proximity to the state park was ideal. Overall, we were totally and completely wowed. 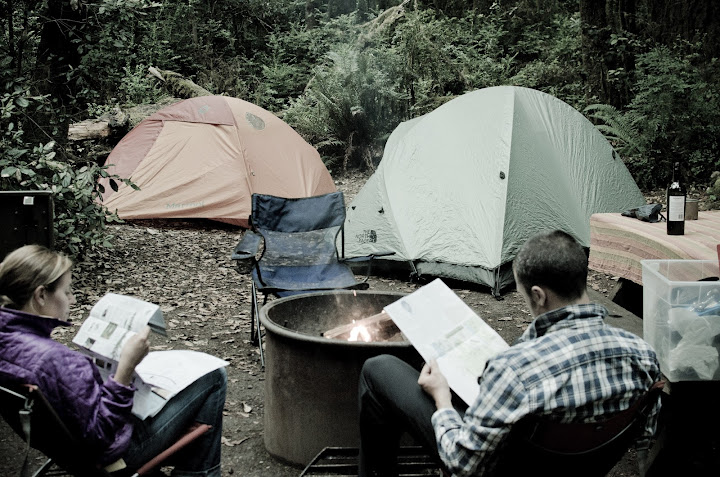 Let me tell you a secret: I hate camping. Now that I live IN the mountains, I wholeheartedly would prefer to go into the wilderness and return home to the comfort of my extraordinarily large and remarkably comfortable Western King bed with the Temperpedic knock-off mattress and down comforter. That being said, if I do camp, one must camp in style which include the previously discussed and completely excessive Dreamtime, a full four inches of Thermarest self inflating mattress and Isotonic® Memory Foam topper.

Also necessary: fabulous food. For our inaugural evening, camp chef Lauren had a nice antipasto plate of homemade rye bread, assorted cheeses, salami, olives and marinated artichokes. I knew we would show up to camp starving, need to set everything up and prep before we could even start dinner. Rule of camping: appetizers are ALWAYS necessary when you arrive at camp. 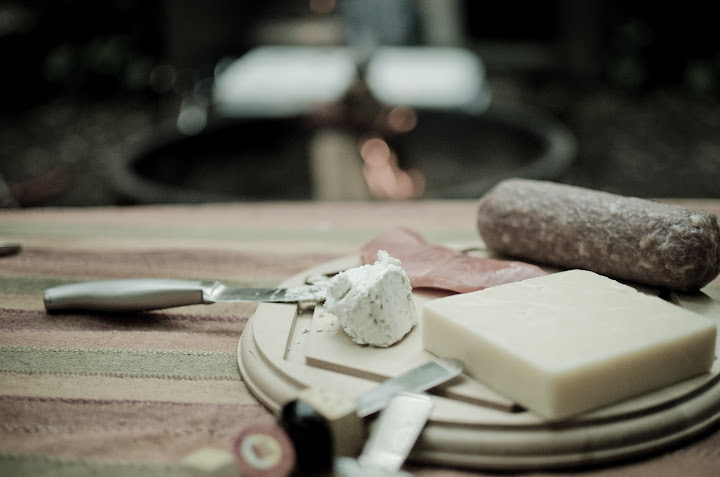 We set up camp, had an delicious dinner of fish tacos, the required s’mores ’round the campfire and generally spent the evening in complete awe of our surroundings. Even after a nine hour drive, we could tell that the location and park we had chosen to explore the redwoods in was the best decision EVER. 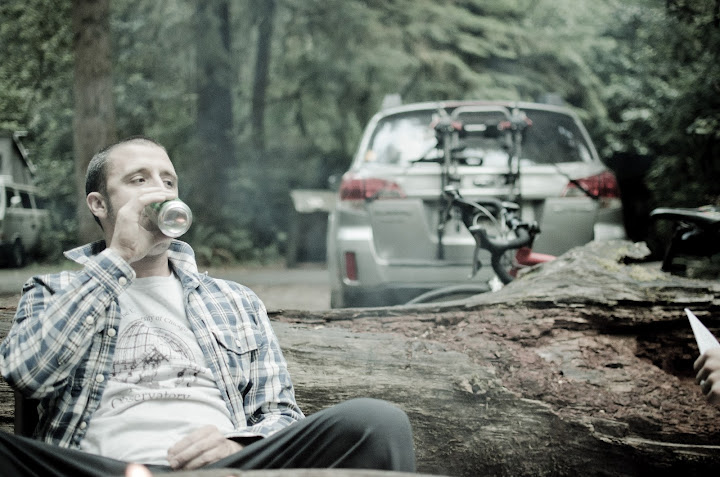 Coming up: we search for the Grove of the Titans.