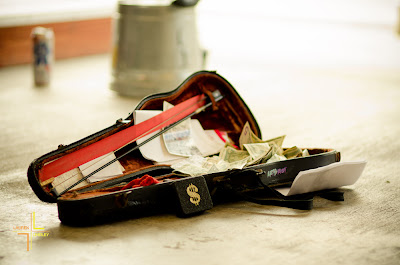 We had two days left to explore New Orleans and wanted to make the most of it. Thankfully, it was Tuesday and Tuesday in New Orleans means one thing and one thing only: Rebirth Brass Band plays at the Maple Leaf. The Maple Leaf is just north west of the Garden District on Oak Street. It’s dark, long and narrow. It’s hot and sweaty. And when Rebirth gets the party started up in there, people push to the front, dance on top of each other and climb up on the benches with their hands in the air.

In college, when we used to drive to New Orleans frequently to party, I spent many a Tuesday night at the Maple Leaf. I was thrilled to take Buddy there and give him a taste of a New Orleans tradition.

Rebirth was on tour this week so we were treated to their stand in, the New Birth Brass Band, which features members of the now defunct Olympia Brass Band and includes Tuba player Kerwin James, the younger brother of Philip and Keith Frazier, who are part of Rebirth Brass Band. 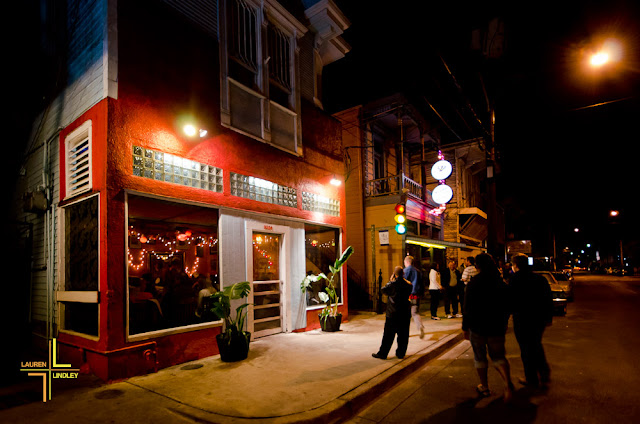 We started our night on Oak St with dinner at Jacques-Imos, where you walk through the kitchen to get seated in a tiny shotgun house and may get the chance to peek at Samuel L Jackson, a frequenter of the joint. He was there the night we were, wearing a track suit, arriving on foot. Buddy and I, learning from our previous nights dinner where we ordered WAY too much food, split a rabbit appetizer and the smothered chicken entree. All the meals start out with some of the best cornbread I’ve eaten (parsley and garlic in it!) and the restaurant is lively and vivacious. We arrived just before the evening crowd, but if you happen to get there late, you can go drink in the Maple Leaf Bar and they will come find you when your table is ready.

Earlier that day, we also visited the Presbytere, part of the Louisiana State Museum. Admission is a whopping $5 and there is an exhibit on Hurricane Katrina and the history of Mardis Gras. After you visit, grab a muffuletta sandwich at Central Grocery, where the secret is in the olive salad and the charm is that you order either a half sandwich or a whole. The whole is big enough for four, the half for two. It’s ridiculously over sized, much like all plates of Southern grub. If you have extra time, eat your sandwich while you walk through the French Quarter Farmer’s Market, aptly called the French Market. It was the only place all week we found frog legs on a stick to eat and were entertained by not a brass band, but a jug band. 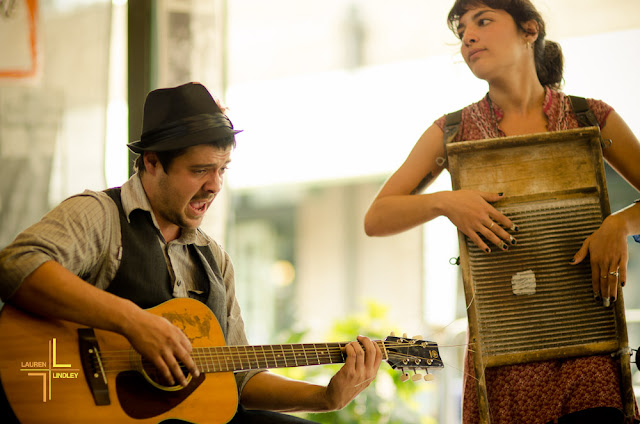 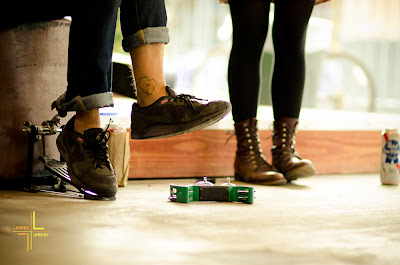 They got music
It’s always playin’
Start in the day time, go all through the night

When you hear that music playin’
Hear what I’m saying, it make you feel alright

Grab somebody, come on down
Bring your paintbrush, we’re paintin’ the town
There’s some sweetness goin’ ’round
Catch it down in New Orleans