This past weekend, Al and I headed up to Oakridge, OR to attend Mountain Bike Oregon (MBO). It was the GREATEST. 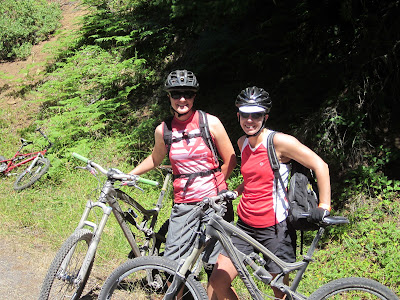 First of all, its a huge event: 340 attendees this year. You camp out in the Oakridge City Park, which is right on the Willamette River. I’m honestly not sure how big Oakridge is, but I can tell you that it’s considerably smaller than Tahoe. The event lasts for three days and for three days they feed you, beer you, and shuttle you to the trails of your choice. Bargain.

Within the 340 attendees, there were about 10 girls and the rest were middle aged men with wives and children at home that were essentially high as a kite every day and trying to ride bikes faster than each other. This equal fairly consistent hilarity, especially if you’re Allison who discovered that every time she rode up on a middle aged man’s tail on the trail they would push themselves outside of their comfort range, panic and crash all because they were too proud to pull over and let someone by. 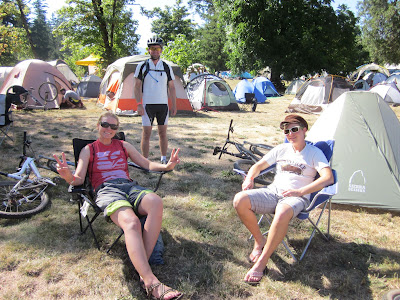 The greatest part of the event was the 20 some-odd vendors and bike companies in attendance. I’m honestly not sure why I even took my bike with me! I rode a different bike each day and now I’ve fallen in love with something very expensive.

We arrived pretty late at night on Thursday and missed the more popular trail sign-ups. As a result, Al and I rode a trail called Heckletooth. While the bottom featured some seriously fast, flowy singletrack, the top was an absolute nightmare: insanely steep fall line pitches followed by the tightest most blown-out switchbacks I’ve ever seen. I had demoed a Santa Cruz Nomad which was considerably more bike than I was used to and featured the widest handlebars ever. I fell more times on that ride than I have ever fallen in my life and I have the cuts, bruises and wounds to prove it. I am a veritable puzzle of black and blue. At one point I ended up upside down in a blackberry bush and it was not comfortable. 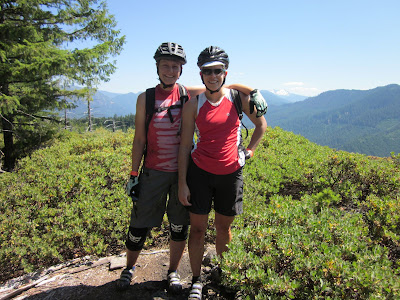 The next day’s ride was more my style: Alpine trail was 15 miles of fast singletrack under gorgeous canopies of tall trees. You whizzed by steep sidehill and tried not to look. I was also on my new crush, the blur (see above, “expensive”) and we really understood each other. The bike climbs just like my swift, responsive hardtail, but descends like something plush and airy. I love it. 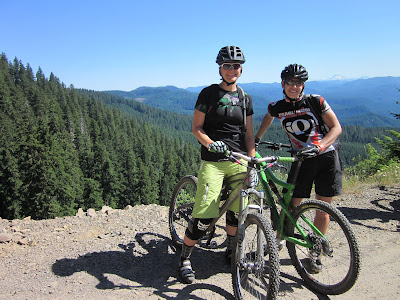 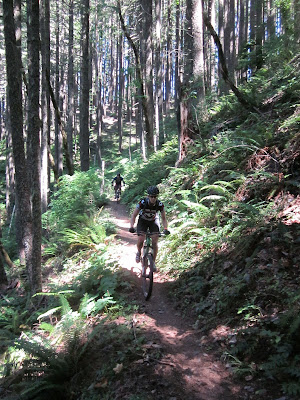 On Sunday I signed up for a considerably longer ride that featured the top half of the trail we’d ridden the day before (Alpine Trail) plus something called Tire Mountain and Cloverpatch. The ride tally was 25 before the 8 mile return to camp. After two days of pedaling, I knew I’d be tired but I had heard amongst other participants that it was worth it. They were right.

Tire Mountain was an alternate universe. I fell in with a group of somewhat locals who knew the area well. They were able to point out trail features, native plants and give directions. One of the group members told me as we started the climb to Tire Mountain that when you drop down the back side, you “suddenly feel as if you’re in Jurassic Park, like some sort of predatory bird is going to swoop down at any second and eat you.” It’s a completely accurate and eerie description: everything towered over you on Tire Mountain. The trees were enormous, the ferns overgrown, the birds louder. It was surreal. 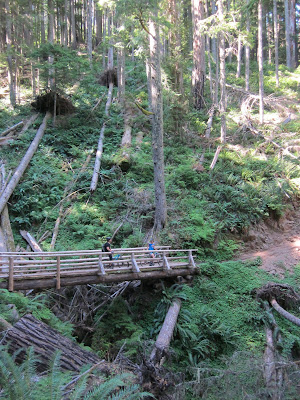 Every night there was an awesome meal, showers, free beer from four different local breweries and entertainment. Yours truly just narrowly missed winning the women’s bike toss, but I lost to a worthy adversary and an exceptionally good toss. 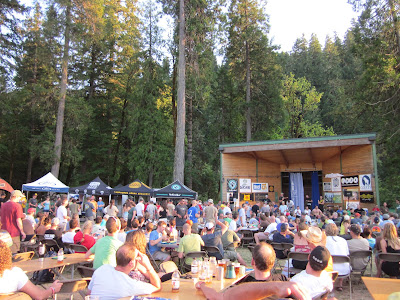 There were also pixie bike races, which were hysterical to watch and if you were one of the unfortunate folks that either forgot earplugs or didn’t have Al to give you an extra pair, a campsite rave complete with disco ball into the wee hours of the night. Thankfully I was blissfully unaware. 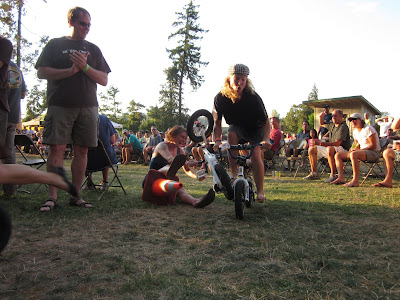 I was really disappointed to leave on Sunday. The weekend went way too fast and was ridiculously fun. As soon as registration opens for 2012, I plan on signing up and I’m taking a whole load of folks with me. What’s not to love? They essentially take all the inconveniences of bike trips (food, cooking, showers, shuttles) and do it for you.

If you’d like to check out all the photos from the weekend, you may do so here.