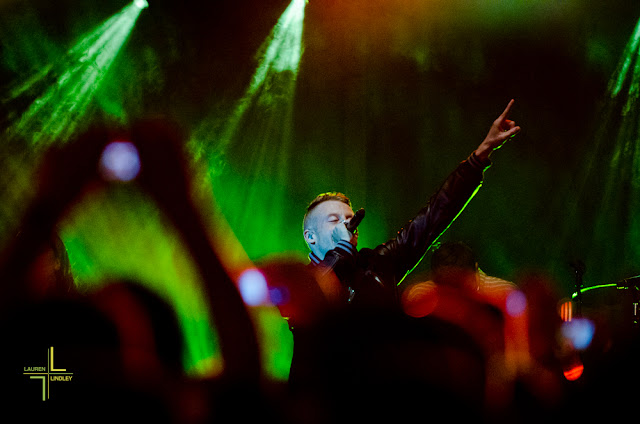 Macklemore performs at the Belmont during SXSW 2013.

The hype is for real and it’s legit.

I didn’t really pay much attention to Macklemore when the buzz started.  I jumped right into the backlash bandwagon.  I didn’t bother listening to the album and skipped his shows with ambivalence at both Fun Fun Fun Fest and Winter Outdoor Retailer.  All of this was clearly a mistake because I’ve been missing out, big time.

His brand of conscious hip hop is Indie influenced and addictive.  It’s the kind of music that lifts you up.  It’s been a staple on my morning bike rides and run for weeks now, the romping beats that leave me nodding my head while in movement.  It propels you forward, rolling, building: the rollicking rhythms backed by deep female vocals, rich horns, and smart hooking lyrics.

Had his show not been so hard to get into, I would have seen him multiple times.  As it is, I’m glad Anne and I made the effort to get into the Belmont early one night for his first show.  I wish I hadn’t waited so long to give the kid a chance.  If you’ve also missed the boat somehow, don’t delay: download The Heist today.