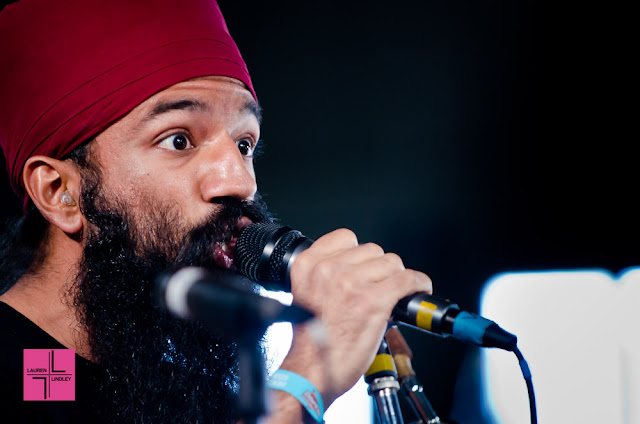 Part New Orleans Brass, part Northern India, Red Baraat hails from Brooklyn, NY and serves up a large dose of high energy dance music.  They rollick, roll, and, at the end of their show at the Paste Magazine Stages on Sixth Party, led the audience in a second line out into the street.  I’m not going to lie, it was a little rough ending one night with their official SXSW showcase at Speakeasy and then starting up bright and early the next day with a whole new daytime dance party.  Our legs were tired from all the dancing we’d done the night before.  That being said, when Red Baraat plays, you can’t help but shake your hips.

Their new album Shruggy Ji was released this year.  I purchased a copy of Chaal Baby for the three year old I babysit for and I must say, it’s delightful daytime listening.   If you’re fond of the music of New Orleans, Red Baraat offers an exceptionally creative twist on an old standard. 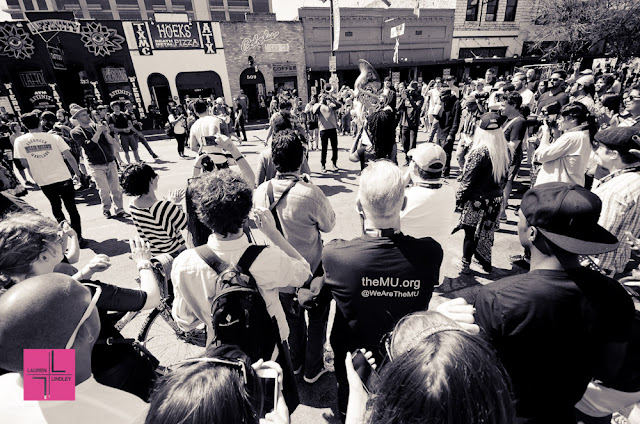 Red Baraat takes it to the street at the Paste Magazine and HGTV Stages on Sixth Show.