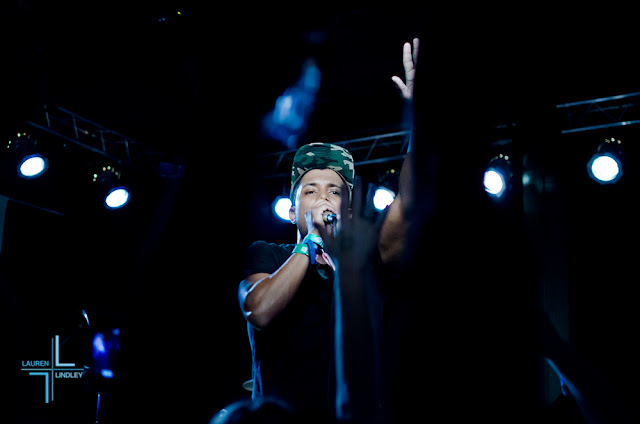 Zeale’s Official SXSW Showcase at the Stage on Sixth

I cannot lie: SXSW was not the first time I’d seen a Zeale show.   I actually caught part of his show at Voodoo Music Festival in New Orleans this past fall and I loved what I saw so much that I couldn’t wait to see  him again.  I’m including him in my list of new favorites because I didn’t give him a complete write up after Voodoo and he deserves every bit of praise he gets.

I would put Zeale in the realm of conscious hip hop.  If you’re a fan of Macklemore and Ryan Lewis, definitely check him out.  His most recent EP is available for free at his site.   His tunes have a nice indie influence, a bit of EDM and balanced depth.  Zeale’s enthusiasm for performing is what originally won me over: his energy is boundless and his love and attention for his audience is overflowing.  The end result is a show that is infectious and in mere minutes, he has the entire audience jumping.

I was lucky enough to catch two of his shows at SXSW: his official showcase at the Stages on Sixth as well as his opening slot for the Unofficial Mos Def After-party.  We met a few of his classmates from high school at the Mos Def show who told us that not only is he a genuinely nice person but that he excels at freestyling.  Apparently, he used to treat his classmates back in the day to exhibitions of his skills in between classes.