The Squaw Brews, Jazz and Funk Fest is one of my most treasured summer weekends in Tahoe.  The event is held at the Squaw Village over two days every August and benefits the Humane Society of Truckee-Tahoe.  It always boasts a massive array of micro-breweries and an incredible line-up blues, funk and brass bands.  This year was no exception and I was particularly anxious for the weekend to come when they announced that Trombone Shorty was going to headline. 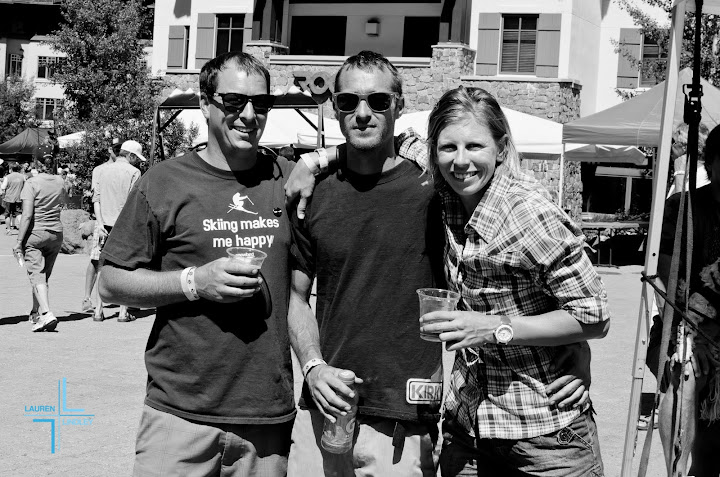 Troy Andrews, aka Trombone Shorty, is incredible and if he ever comes to your city, you absolutely must go see him.  A trumpet and trombone player since the age of six, Andrews grew up in the Tremè and was a member in his teens of one of New Orlean’s best brass bands: Stooges Brass Band.   Boyfriend and I had the good fortune of seeing the Stooges play last year in New Orleans at d.b.a. and although I’m extremely thrilled they are coming to Tahoe to do a show in September at the Crystal Bay Casino, I’m devastated that I’m going to miss it because I’ll be in Dallas running a half marathon with K’s for Keegan.

Since 2009, Andrews has been performing with the Orleans Avenue.  Their 2009 album Backatown was nominated for a 2011 Grammy Award in Best Contemporary Jazz Album.  Trombone Shorty also makes frequent appearances on one of my favorite tv shows.

I spent the weeks before the Brews, Jazz and Funk Fest gushing over how excited I was and how BOSS Trombone Shorty is to my friends.  I’m sure they were sick of listening to me.  He brought the business at Squaw and the show was incredible.

After the show, I picked up two of his albums for the 3 year old I babysit for that I’ve given a broad appreciation of brass bands and jazz to.  When we went to New Orleans, I returned with a Kermit Ruffins CD and much to his mother’s chagrin, Kermit very quickly replaced his previous favorite musician D.Y. [Dwight Yokum]. 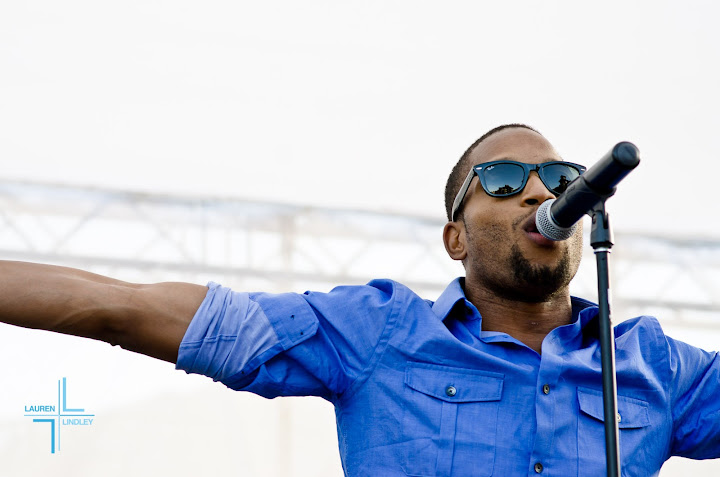 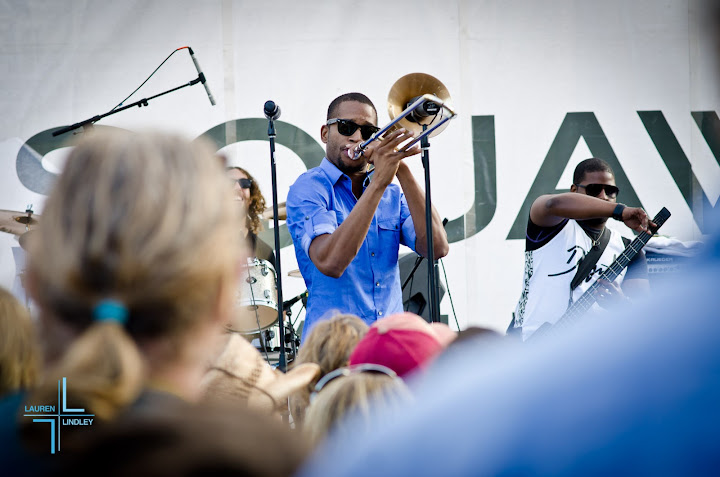 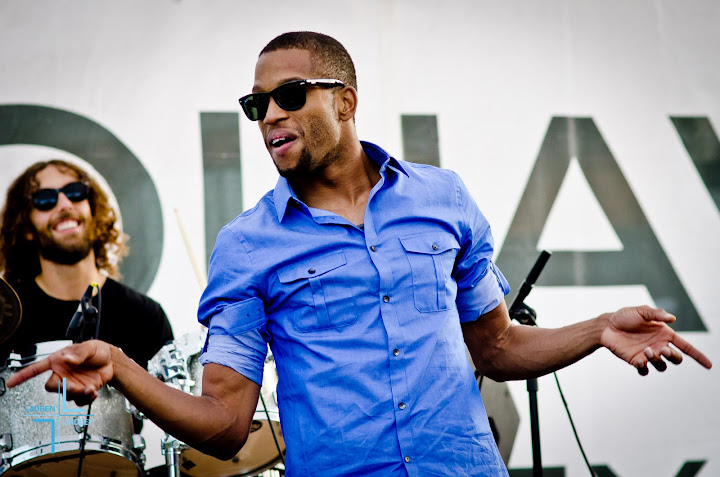 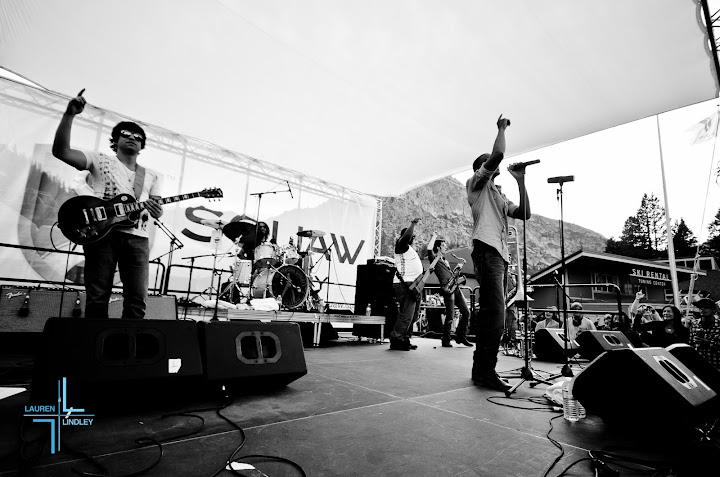 On Sunday, the Marching Fourth Marching Band headlined.  The band hails from Portland, OR and while they call themselves Jazz Fusion and it’s a bit like traditional New Orleans parade music, just souped up and twisted.  The massive band sports mismatched circus like marching band uniforms and members perform acrobatics on stilts during some of the songs.  Boyfriend and I are fairly certain we saw them perform in the lobby of the Primus show we went to see in Portland. 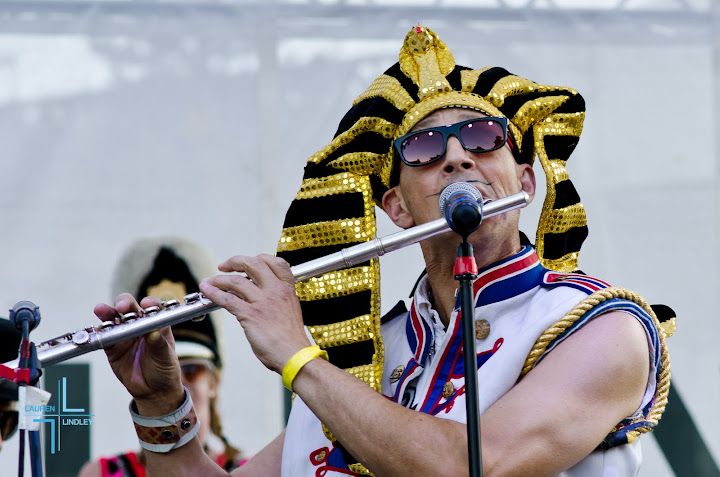 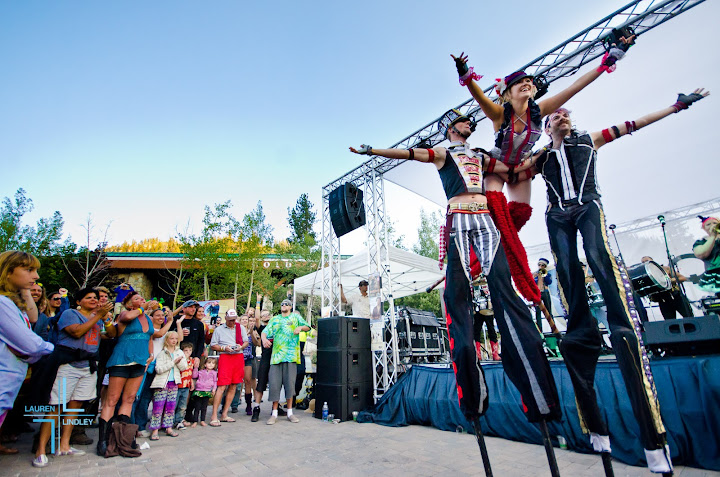 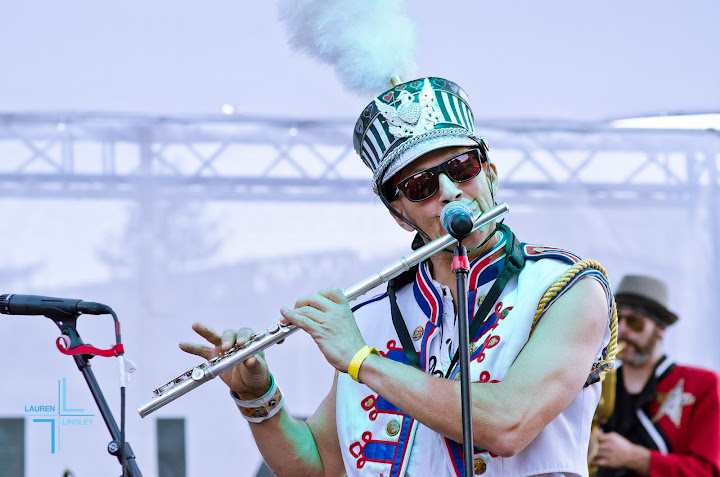 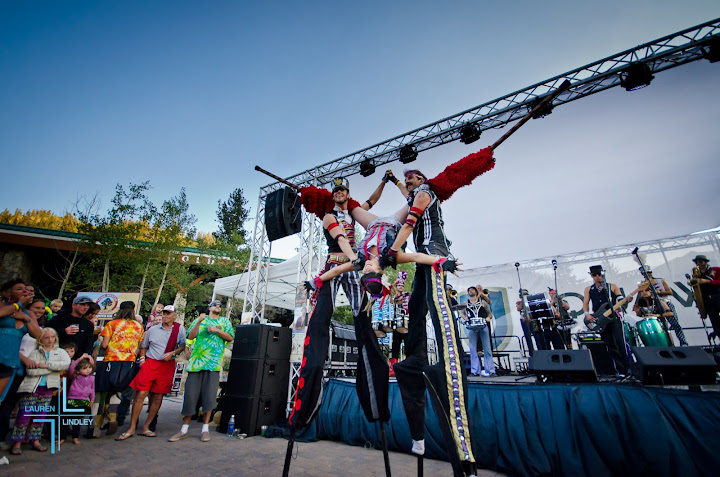 These are all my favorite photos from the two shows at the 2013 Brews, Jazz and Funk fest but you can view the entire album via this link.

Flashback!  Previous years at the Brews, Jazz and Funk Fest: