I had grand plans before my arrival at SXSW.  I was going to see everyone, do everything, make the most of it!

It became clear to me that nothing was going to go according to plan when we suddenly and unexpectedly had to fly to Texas a day early.

I took running clothes with me as if I would actually do something other than listen to music, drink beer and take photos.  I was so wrong. 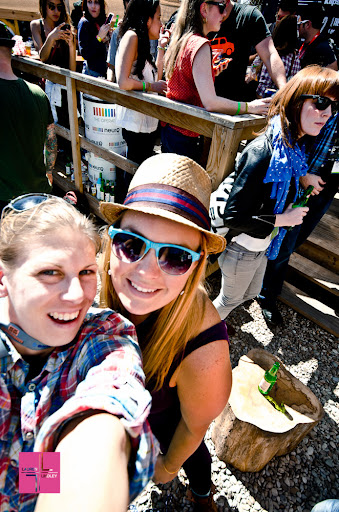 Anne and I at the Haus of Hipstamatic at SXSW.

I thought I would get some sleep.  HA.  Thou shall not sleep at SXSW.  Actually, I did, three times, on the hallway floors of the convention center.   One day, I took a hard core 40 minute long nap at the base of the Radio Stage in the Convention Center with my camera bag under my feet and my camera cradled in my arms.  When I woke up for Vampire Weekend’s set, another concert goer came over and congratulated me on my sleeping abilities. He was jealous.  I don’t think that anyone at SXSW gets a normal amount of sleep.  No one except Anne, who slept til noon every day. 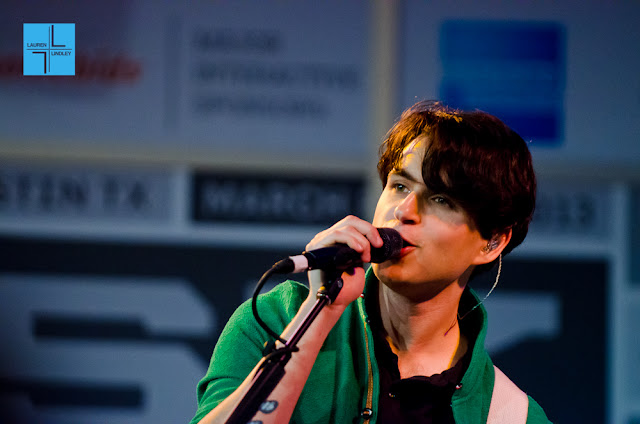 Ezra Koenig performs with Vampire Weekend on the ACC Radio Stage at SXSW.

I thought I would see all my Austin friends that I never get to see that were also at SXSW.  This is not possible.  After 1 PM every day, it is so overwhelming, all the time, that anywhere you aren’t is too much to even think about.  With over 2000 official acts playing and hundreds of unofficial parties every day, SXSW very rapidly became about seeing the band, in front of you, right at that moment.  Going somewhere other than where you are became a complex decision involving lots of fear: fear of crowds, fear of lines, fear that they ran out of free beer, fear that you would have to go to the Hype Hotel where they try to feed you Miller Lite and Taco Bell, fear that the band wouldn’t be as good, fear that the person you are with that doesn’t have a badge won’t get in, fear that you’ll want to come back to where you are and won’t be able to get in.  Instead, you give up and drink more and that seems to make it all better. 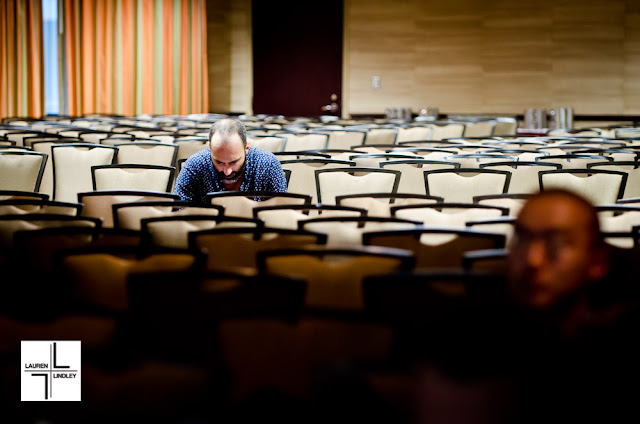 A SXSW Interactive attendee stares at his phone during a presentation.

At SXSW Interactive, nerds walk around running into each other because they are too busy tweeting on their phones to pay attention to where they are going.  Imagine thousands of people doing this at once.  The ones that aren’t walking around looking at their iphone are sitting against the wall trying to charge their iphone because no one’s phone battery lasts an entire day, mine included.  At SXSW, you pick places to hang out based on the proximity of electrical outlets to where you want to stand. 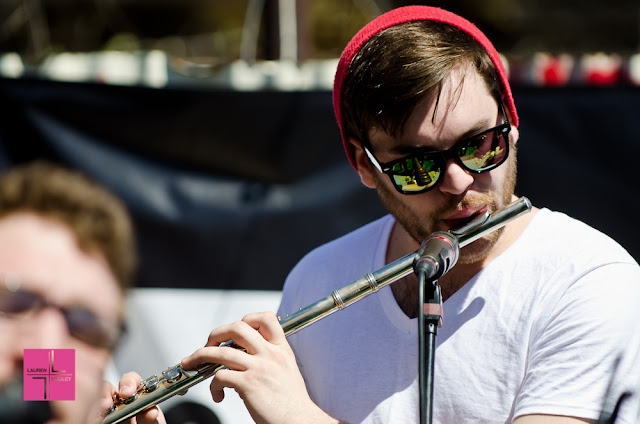 The Ridges perform at the Haus of Hipstamatic

I’m not even remotely sure what happens at SXSW Film because although I had huge plans to go see a bunch of movies with my platinum badge, I only saw 20 minutes of one and then I left to go drink beer somewhere.  The lure of music filled free pre-parties like The Haus of Hipstamatic and the Paste + Sennheiser Interactive Lounge kept me busy in the early week in between photography assignments of nerd panels. 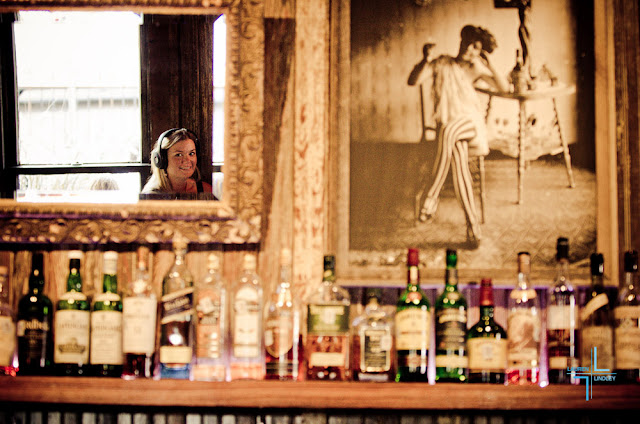 Anne listens in on an interview with Taylor Goldsmith, the lead singer of Dawes at the Paste + Sennheiser Interactive Lounge at the Blackheart on Rainey.

Over the next two weeks, I’ll tell you about my top 10 shows at SXSW, the unofficial parties I spent my time at and the acts I wish I’d seen, but didn’t, so that you can relive the ever present exhaustion that overwhelms a SXSW-goer.