The Grande Grotta is one of the largest, most prominent and beautiful climbing areas in Kalymnos.

But of course, I needed coffee so I didn’t go there right away. Ellen, Suzee and I walked into Massouri and had coffee and breakfast from a wonderful little cafe that baked tiny sandwich pockets filled with delightful things like cheese and ham. We drank loads of coffee and watched men fish while the boys climbed. 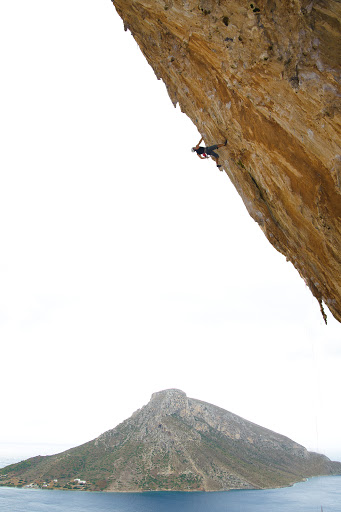 The climbs there were amazing: 40 meter long over hanging awesomeness. Sadly, I tried to follow one climb and made it about two feet before I realized that my body was so fatigued from the run the day before that it was absolutely futile to even attempt. Instead, I watched and it was worth the view. Mostly for the goats. 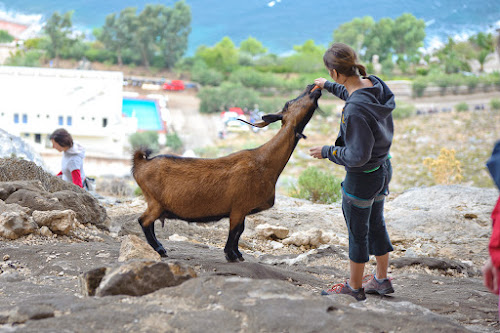 But also for the climbing. 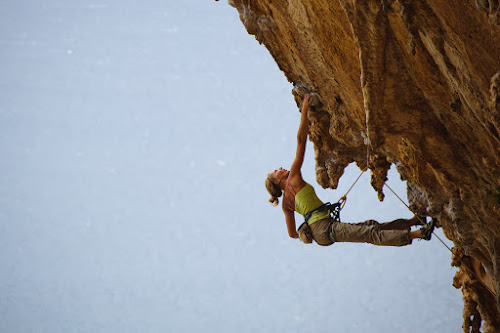 The boys were buzzing with happiness over the routes they were able to get on. I followed Suzee, Greg and Bentley down to Massouri for more coffee and a beer while Blaine, Ellen and Erik stayed behind to climb. We were sitting at our favorite Massouri cafe, Ambience, run by a woman from Miami, for a relatively short time before it started to pour again. At the first break of the storm, we all decided to book it back to our village where more cold showers awaited us to avoid scootering in the rain. Most of us had already learned a valuable lesson three days in: do not bring only swimsuits on your Greek Island Vacation. Fleeces, more pants, and rain jackets would have been nice. In fact, Erik, Blaine and Ellen would get caught in such a downpour that the scooter engines would fail on their way home. I’m really happy I came back early!

You may think I’m exaggerating but this is the day in our vacation when we started doing a lot of this: 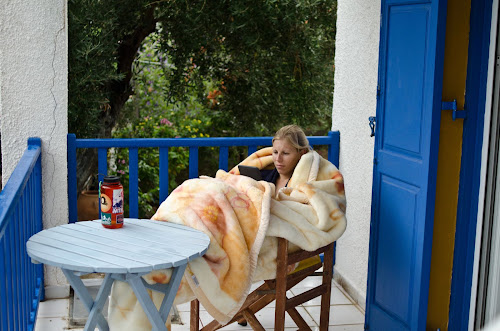 It’s also the day that we all started sitting around spending a lot of time doing nothing so we ended up hearing a lot of memorable quotes during stories, like the one where Bentley explained what he “learned from two lesbians on the internet.”

We didn’t quite have cabin fever yet but it would come. 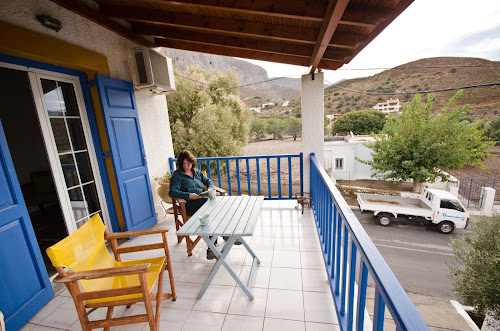