You wake up. Slug a bunch of percolator coffee and stuff some Greek yogurt and abs fitness cereal in your face. It’s slathered in the most amazing honey you’ve ever had. You all get on scooters and begin a terrifying ride over a mountain pass littered with goats, one random street sweeper and various scree, rocks and miscellany that could seriously impale itself into your skin if your scooter crashed.

When you arrive, you walk 50 minutes through some goat gates, across some hills and dales and there, in the distance, you see it. The Sikati Cave. And there, just below it, a private beach. Well, private to you and the goats that followed you here. 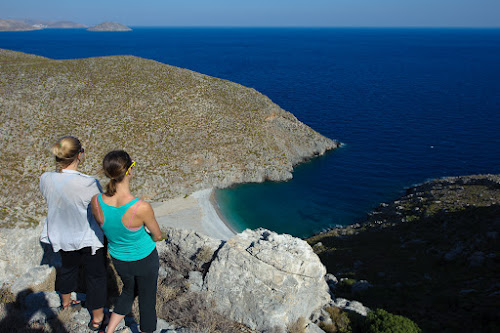 The Sikati cave is located on the northeast rim of the island and although climbers call it Sikati, the locals call it Alatsia. It’s less cave and more gigantic hole in the ground: it has no roof, is as tall as 70 meteres on some sides and 60 meters across. To get there, you descend down a fixed line into the depths of the cave. 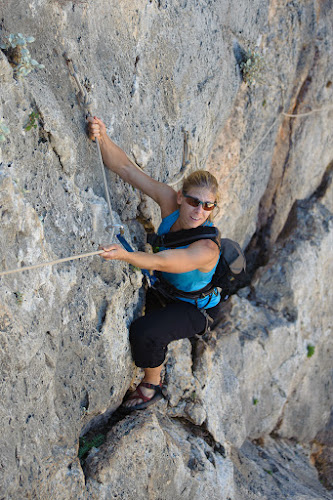 The walls, when you descend down the fixed line, is filled with tufas and stalactites. 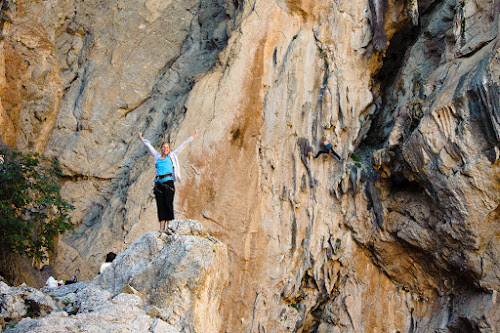 The boys started warming up while us ladies sat back and enjoyed the view and explored dead goat bodies. There were a few goats lingering inside the cave, up high on some of the walls above the climbs. I was concerned for their safety, of course. We found two dead and decomposing goats down below. 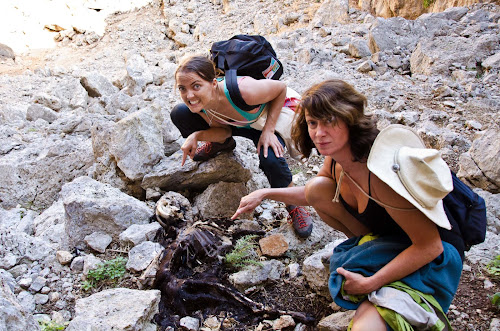 I finally determined by the proliferation of goat shit on the ground and the lack of dead goats that the goats do frequently come into the cave and are clearly able to get themselves out. Whew. 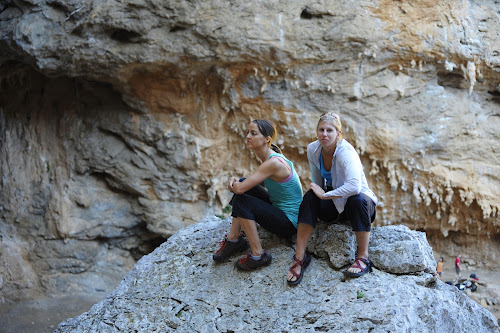 The climbing in the cave was incredible. The boys all took turns on one particularly wild and inspiring 25m route, a 7b+ (5.12c) called Morgan. It was nothing but overhanging power moves all the way to the top. 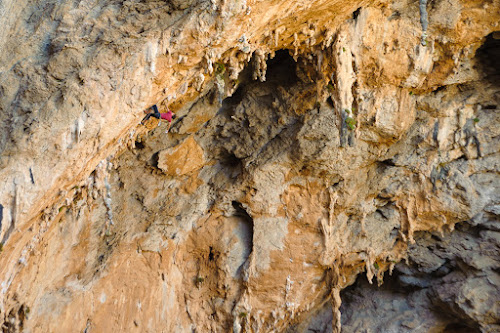 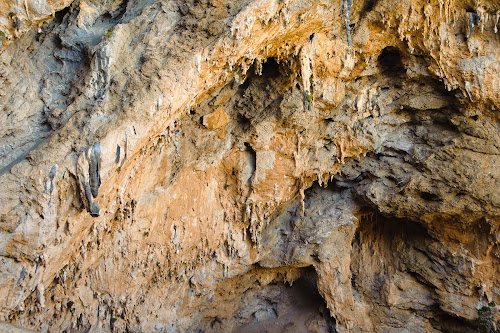 Bentley climbed first and watching him made my heart race a bit. The climbers we had seen on the route before him had a tough time and honestly, watching someone climb on something so long, so enduring and requiring such strength made me very nervous. He managed to send the climb though and we were all really excited for him.

It was less and less nerve-wracking with each boy that went and they all did a great job. Before too long though, Suzee, Ellen and I were itching for our private beach afternoon so we bailed. I wasn’t kidding when I said we had to share. 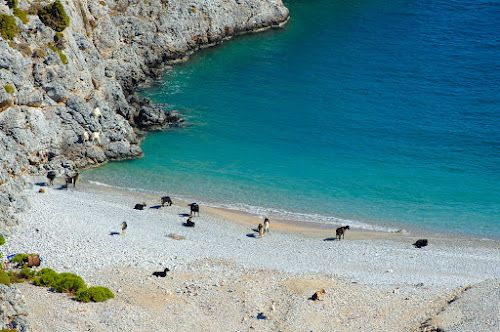 The water was warm, shallow and amazing. The goats, after first checking to see if we had anything to eat, meandered off. It was one of the more memorable places I’ve been.

After a long much more arduous hike back out to the road, we were on our way back to the villa. After warm showers for the first time in a few days, a few of us went over to the Artistico Cafe for happy hour. 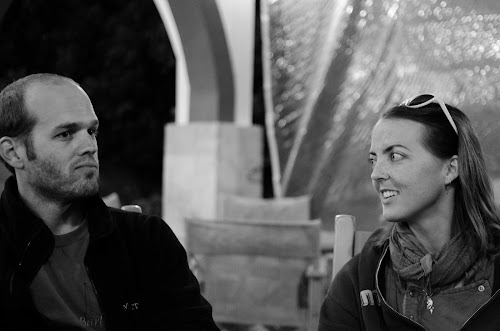 That night we feasted at Harry’s like kings again: zuchinni croquettes, meatloaf with hardboiled eggs hidden in the middle, steamed spinach and a really amazing curry chicken. It wouldn’t be a birthday (Greg’s this time!) without Ouzo shots, though I skipped out this time, and some Greek yogurt for desert. Greek Yogurt: it’s not just for breakfast.