Prior to this concert I had no idea who Rascal Flatts or The Band Perry was.

Don’t worry, I was certainly admonished by many for this.  My mother apparently really likes to Jazzersize to them and obviously everyone in Texas knows who they are but since I’ve not really been in Texas for 8 years now, I somehow missed the boat on this one. 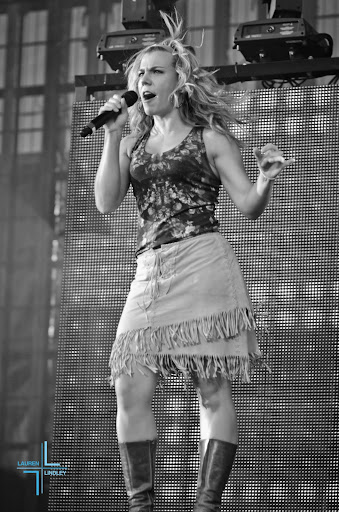 Kimberly Perry of the Band Perry knows how to work her stage.

The Band Perry is this little super group of siblings whose smartest move in the world may have been to brand themselves a “country band.”  Kimberly, the eldest, is a mere 30 but looks 10 years younger.  Her brothers, Reid and Neil are merely 25 and 23.  How one family ends up with such a powerhouse of pop stars under one roof perplexes me.  The kids apparently cut their chops performing in rodeos as children, with brother’s Neil and Reid opening for Kimberly’s solo act. 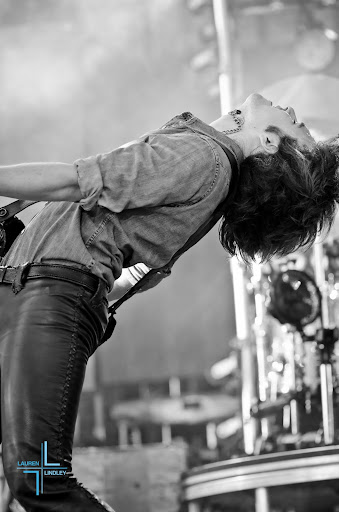 Reid is responsible for bass guitar and background vocals.

The star of the band is certainly Kimberly, who struts, dances and makes use of the entire stage as if she were a performer who’d been doing this for three times as long.  Her voice is powerful and her stage presence is fantastic.  It may not be my kind of music, but it is certainly an entertaining show.  These kids aren’t country per say…unless you want to call it “radio country.”  They are essentially a pop band who have managed to market themselves to their advantage in the country realm and they are doing a very good job of it.  Their show is big, bold and befitting of any major pop outfit. 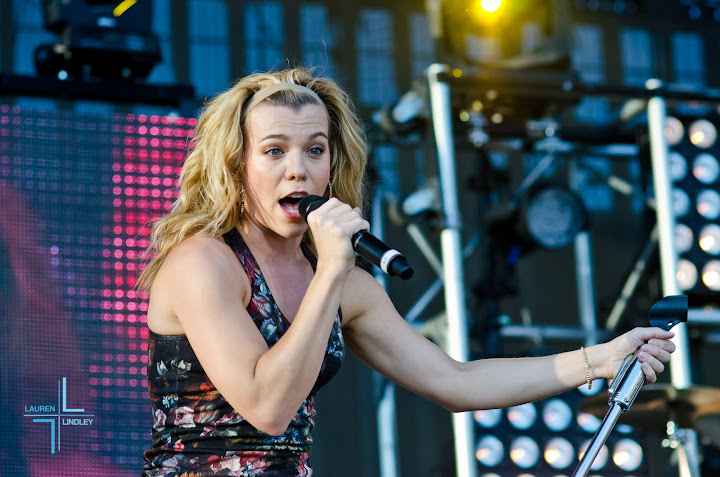 Kimberly Perry of The Band Perry

Rascal Flatts is an American country group comprsed of Gary LeVox, Jay DeMarcus and Joe Don Rooney.  They are backed by a five piece band, confusingly hidden way in the back of of the elaborate set.  From The Band Perry to Rascal Flatts, this entire show was BIG BIG BIG: big screens, big lights, big production all around on both band’s accounts. 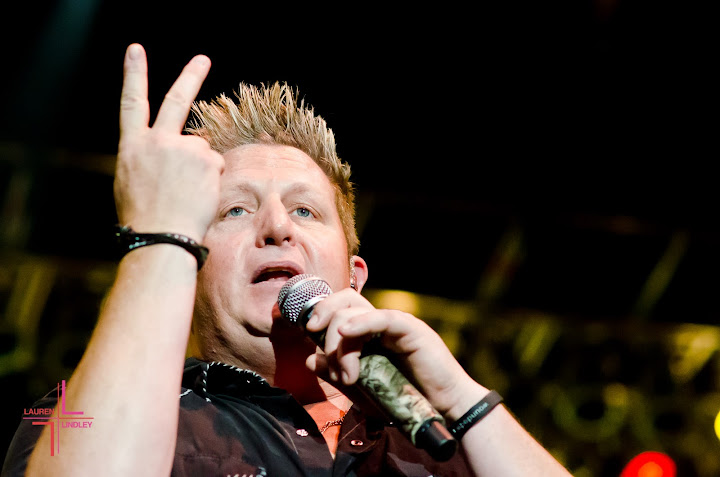 I didn’t stay for the entire show, mostly because I was starving, but what I did see of it was pretty entertaining, and not just from the band.  The concert goers, clad with big hair that reminds me of home, high waisted shorts and cowboy boots, were just as much of a sight to behold as the shows. 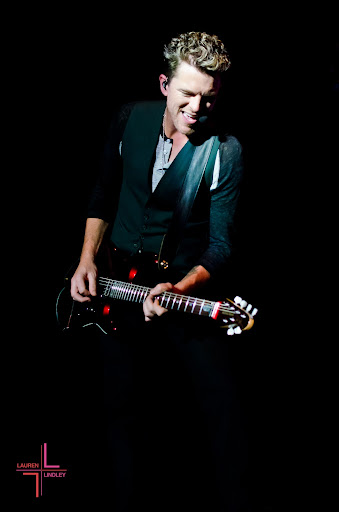