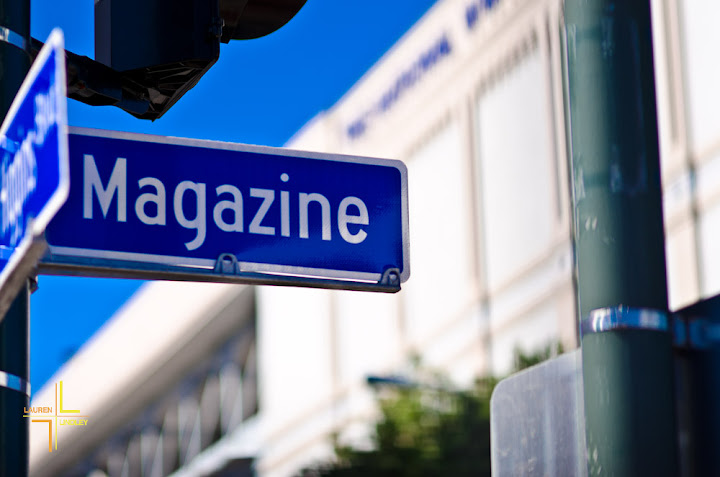 Although we’d been in New Orleans through the weekend, our days had been consumed by Voodoo Music Fest and we really hadn’t had any time to explore the city. We awoke on Monday ready to attack the day.

My favorite meal of the day is breakfast and I really don’t care what time of day it is: breakfast is an all the time food. We were waking up in New Orleans late late late so one of our daily requirements was an all day (or at least most of the day) breakfast joint. We ate at some really fantastic breakfast restaurants, one of them being the Ruby Slipper Cafe, where they buy locally and serve breakfast literally all day. I was tempted to order the migas, which are one of my most favorite breakfast all-the-time-foods, but stuck to my quest to eat only New Orleans soul food while in the city and ordered an The Louisianan: an omelet with boiled gulf shrimp and cheddar cheese, accented with fresh thyme. 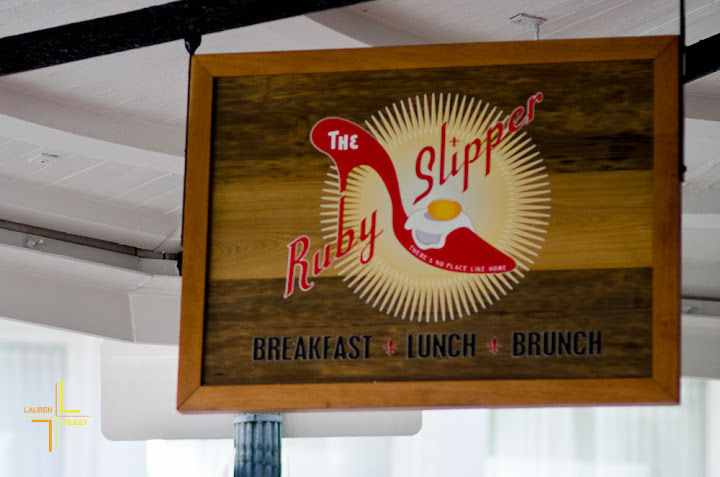 The Ruby Slipper Cafe was conveniently located on our ride to the National World War II Museum, located off Magazine St at Andrew Higgins Dr. The museum was founded by historian and author Stephen Ambrose and tells the story of the American Experience in World War II. It is located in New Orleans due to the importance of Andrew Higgins, a New Orleans native who according to Dwight Eisenhower, is “the man who won [World War II] for us.” Higgins and his New Orleans boat company invented and manufactured reliable landing crafts to transport troops from ship to shore and played a crucial part in our success in the war.

The museum campus is creatively designed and stunning to visit. It is a required visit for anyone traveling to New Orleans. Exhibits are open seven days a week from 9:00 AM to 5:00 PM. They recommend that you allow at least 3 hours to view exhibits.

After the museum, we headed back down to Jackson Square for the essential stop at Cafe Du Monde, which needs little introduction, though I will say that when the waitress mistakenly brought us two orders of beignets, we did not correct her and savored every one.

From Cafe du Monde, it was on to the Napoleon House, famed for it’s Pimm’s Cup. Their recipe claims to be “made to James Pimm’s original recipe, a closely guarded secret known only to six people.” It’s an addicting concoction of a cocktail with lemonade and cucumber that tastes crisp, clean and not to sweet. 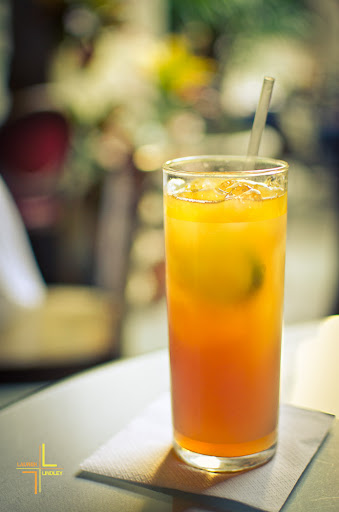 Make your own Pimm’s Cup with

Apparently the secret is in the lemonade, a house recipe that the Napoleon house closely guards.

While the cocktail may be glittering, clean and bright, the Napoleon House is anything but. The building is fabled to have been built to house Napoleon Bonaparte after his exile but the attempt to bring him to New Orleans ended with news of his death. They play classical music upon customer request, but only classical music. It’s a must visit joint: explore a little bit of quirky New Orleans history, the dark ambiance of the bar or the bright sunshine of the courtyard, and have a classic cocktail (or four). 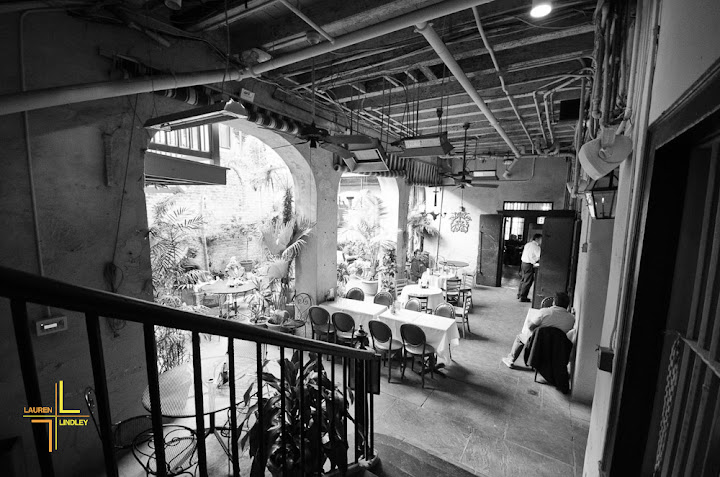 We decided to go on a cocktail tour of the French Quarter and our next stop was the Bombay Club, where it feels like you are sipping martinis in someone’s living room. 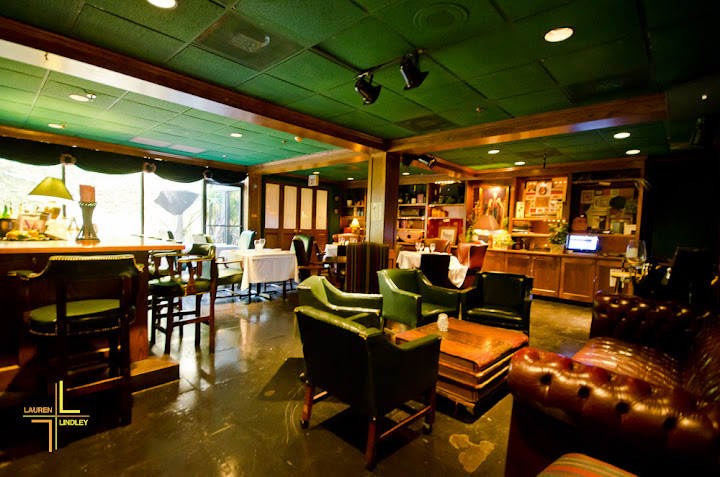 They often have live jazz playing, offer a full menu, and are known so well for their historical menu filled with martinis that it often gets stolen and the menus are equipped with locators to prevent theft! 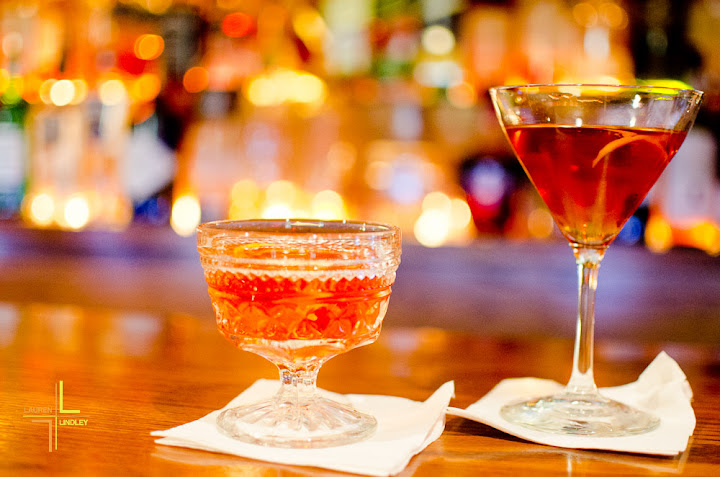 I decided to venture out of my comfort zone a bit and ordered a classic New Orleans drink: a Sazerac, the oldest American cocktail and the official drink of New Orleans. It’s made with a rye whiskey, absinthe or Herbsaint, and Peychaud’s Bitters. I’m not normally a fan of whiskey, but it fit the mood of the bar and kept me from slamming it back to quickly: it is a sipping drink. 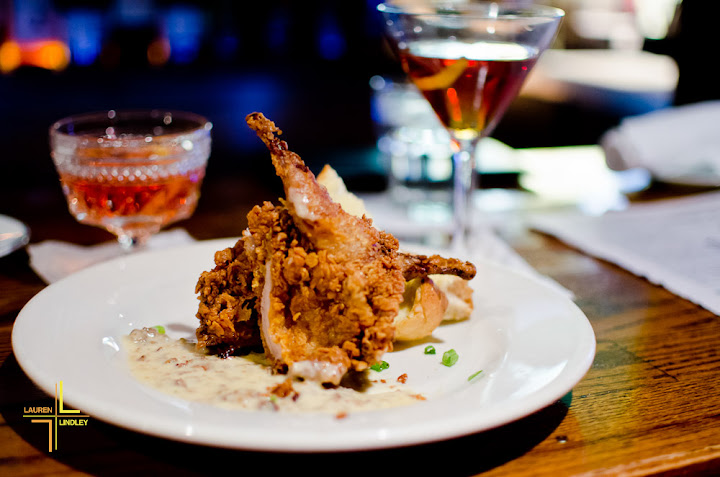 We were starting to get hungry so we staved off dinner with an order of fried quail, which was delicately fried with an exceptionally crispy breading. It was enough to quench our hunger for the bike ride across the French Quarter to our destination for the evening: Frenchman Street in the Marigny. It was time for some more New Orleans music!