Our third and final day at MBO was nothing short of amazing. Bill, Megs and I registered for a special shuttle to a trail called Moon Point – nine miles of downhill on a trail that was eerily similar to Tahoe Mountain. I was flipping out a bit on most of the descent because I’d demoed a Felt Edict Pro from Karl with a K, an industry legend who now works for one of my favorite bike companies. While I’m fairly certain that my next road bike will most definitely be a Felt, the Edict Pro is not only way out of my price range but wouldn’t work as my only bike in Tahoe.

Riding the Edict Pro is a little bit like driving a Lamborghini. It was SO light, SO fast, SO responsive, SO nimble that I felt like I was going to launch off a feature on the descent, sprout wings and fly. I spent all nine miles trying to ease into how the bike handled.

At the end of Moon Point you get to join up with a long cross country trail called The Middle Fork that ebbs and flows along the edge of the river. It was on this trail that the Edict Pro and I really found our groove. We HAULED. It was SO fun to get in a big pace group with a bunch of other riders and fly around tight corners. The Edict Pro is an amazing cross country bike and totally meant for trails like the Middle Fork. I felt totally molded to the trail on that bike. If you have an infinite budget for bikes and want a supremely fast and responsive race bike, the Edict Pro is the way to go. Just make sure you get one of those sweet X-Fusion seat posts to go along with it. 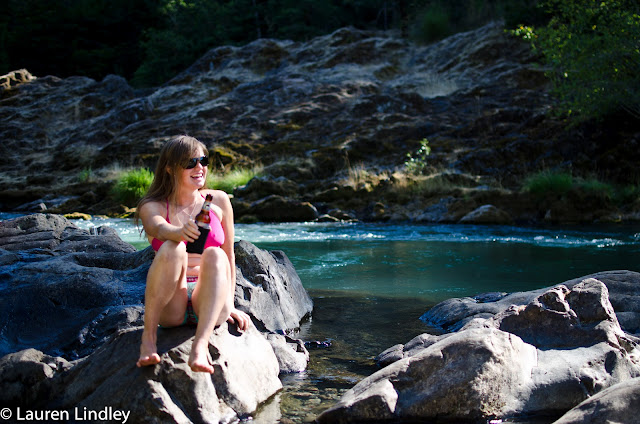 Hanging on the Willamette River

Megs and I had originally planned to head to Bend on Sunday afternoon to ride some trails there and kick it with friends but we were both feeling a little biked out and altered our plans to kick it at camp one more night with Bill, Leslie and Jill. It was a really nice way to spend an afternoon: drinking beer on the river! 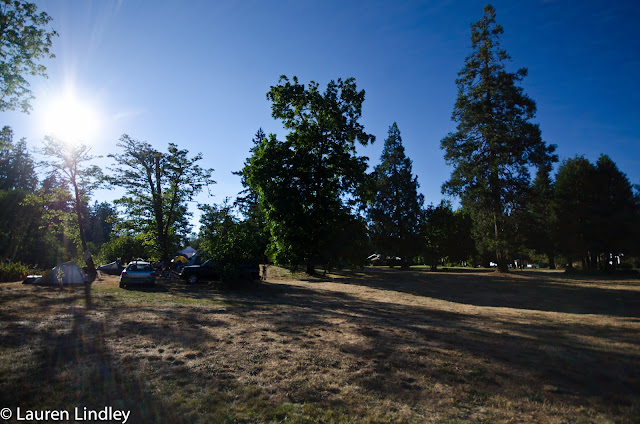 Camp really clears out on Sunday afternoon and it was a total ghost town. We hung out until the sun started to depart and then headed into Oakridge to drink and eat at the Brewers Union Local 180 which had an awesome vegetarian friendly menu full of delicious options and great micro-brews. We managed to get super sauced and I managed to start a fight with a group sitting next to us that included a woman with fake boobs who had pranced around in heels all weekend at the event. But, that’s another story all together. 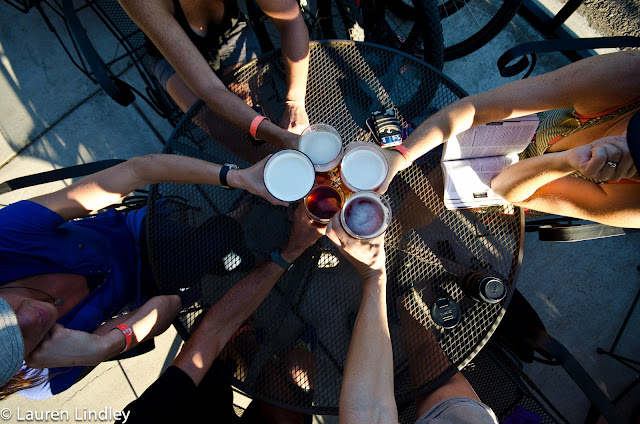 Cheers to a successful and hilarious weekend.

On the way home Monday, Megs and I stopped to check out an insanely huge waterfall. It was the biggest waterfall I’ve ever seen and this photo does it’s enormity no justice. 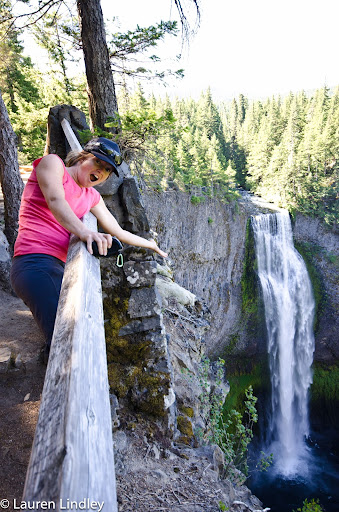 You can see all the photos from the weekend here.

Interested in attending Mountain Bike Oregon 2013? I recommend the August event over the July event, where it’s usually considerably colder, misty and often raining. Registration is already open for next year. If you are an intermediate to advanced mountain biker that is fond of climbing AND fast descents, I highly recommend attending. If you like good beer, are super social or shopping for a new mountain bike and want to demo bikes on real trails, I recommend attending. If you are a beginning mountain biker used to wide flat trails, do not register for this event.

If you want to head to Oakrdige on your own, I recommend the following:
EAT and DRINK – The Brewers Union Local 180
STAY – Oakridge Hostel and Guest House
SHUTTLE – Oregon Adventures
RIDE – Alpine/Tire Mountain/Clover Patch (ATC); Lawler/Hardesty; Moonpoint/Middle Fork; Alpine 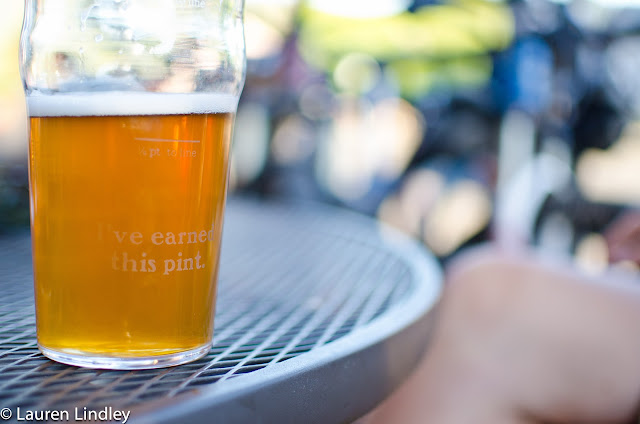