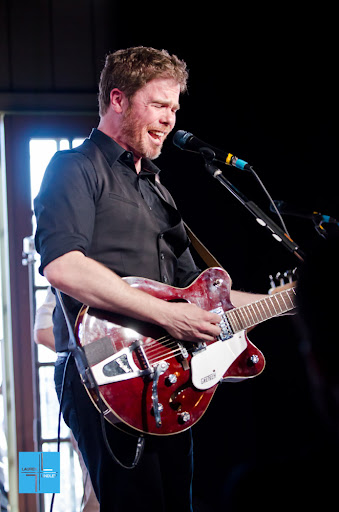 I have a soft spot for musicians who love their job and show it.  I will now file Josh Ritter away with the likes of Zeale and Nobody Beats the Drum, artists whose enthusiasm for performing goes above and beyond, pouring out of their smiles and energy straight into the audience.  It’s a ripple effect – you can’t help but not fall in love with the show, the music and, in the end, the artist.  Ritter’s smile was so massive during his entire set at the HGTV and Paste Magazine Stages on Sixth Party, he somewhat resembled a more humble and infinately more caring Cheshire Cat.

Ritter’s Americana is not something I would normally gravitate towards.  After watching him perform, however, I can say with confidence that he’s won my heart forever.    In 2006, Ritter was named one of Paste Magazine’s “Top 100 Lyrical Artists.”  They recently wrote a moving cover story on his personal life and the writing of his most recent album.  Ritter’s new album, The Beast in its Tracks, was released earlier this year. 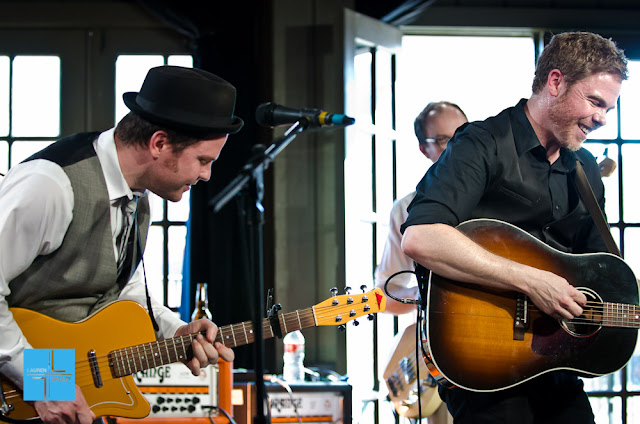 Josh Ritter, the Royal City Band, and his infectious grin.